Home > About Us > Our Environment > Biodiversity

Alongside our everyday business activities there also exists a less obtrusive world that shares our surroundings – a world of plants, birds, mammals, invertebrates, fungi and micro-organisms.

As land managers, biodiversity conservation is an important part of our environmental management at all AG sites by means of careful planning, operating and restoration.

Did you know we are a proud Business Supporter for the All-Ireland Pollinator Plan?

One third of our bee species are threatened with extinction from Ireland. At AG we have made it our mission to create safe nesting habitats within our sites, where pollinators can survive and thrive!

As part of the All Ireland Pollinator Plan, we have designated areas across our sites which are managed for wildlife. These are untouched areas that bees and other pollinators can use to create their habitats!

After a long winter, AG welcome back several spring visitors on their return from their wintering grounds in Africa. One such visitor is the Willow Warbler Found at several AG sites 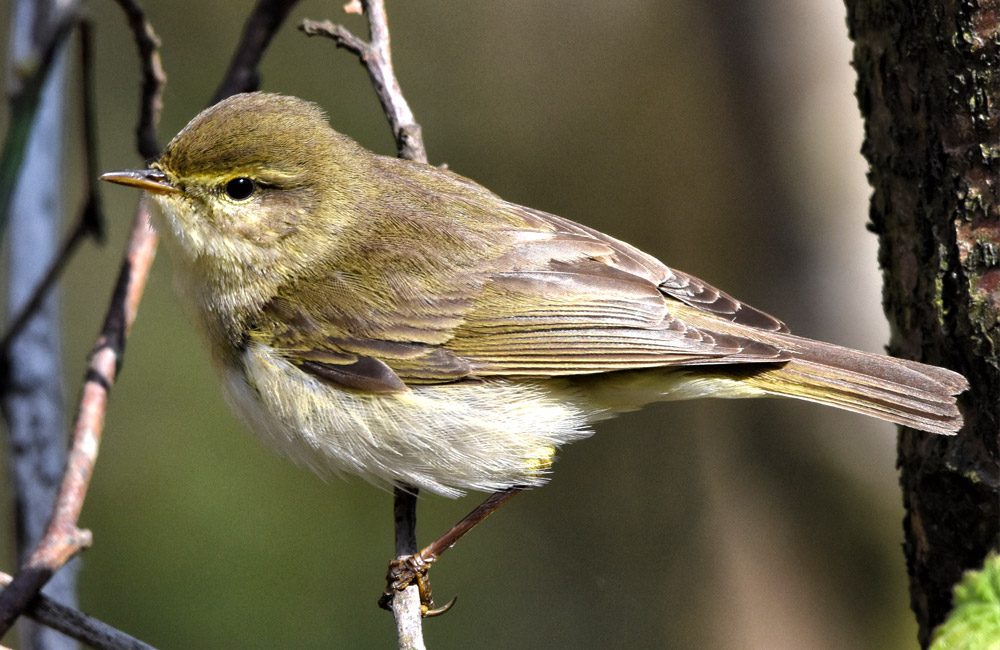 After extensive habitat creation during the winter months to assist in the All-Ireland Pollination Plan 2015-2020, Declan McStravick, AG’s Works Manager, has invited the NIEA and Dr. Una Fitzpatrick of the AIPP to review work to date and find out what further improvements are possible within the scope of the AG facility. 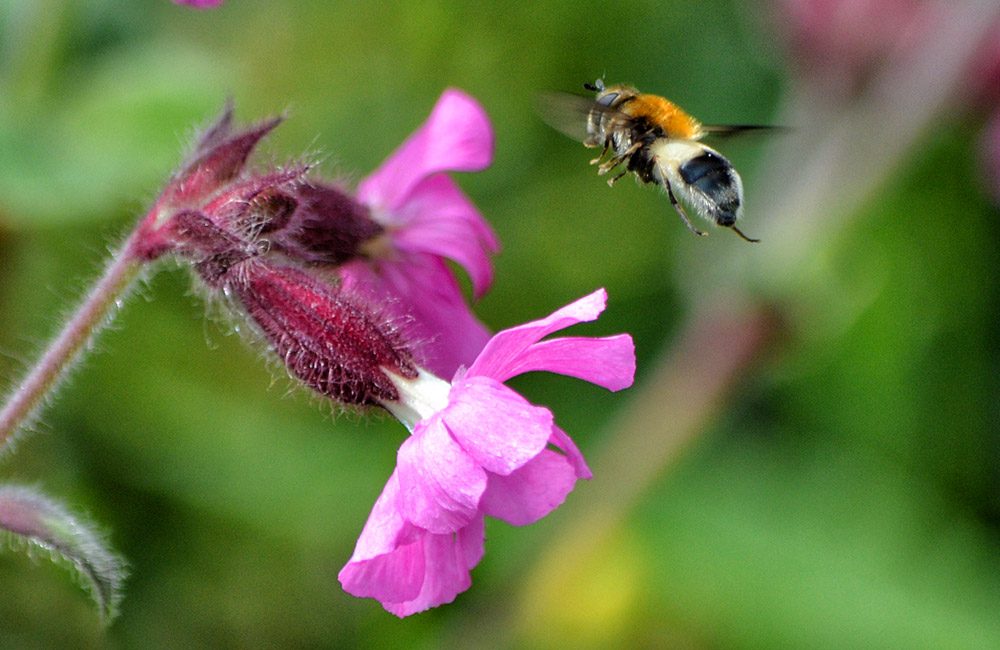 The Peregrine Falcons ‘Falco peregrinus‘ have returned for the seventeenth consecutive year to our Fivemiletown facility. As in previous years we will be working closely with the Northern Ireland Raptor study Group (NIRSG) in monitoring the nest. 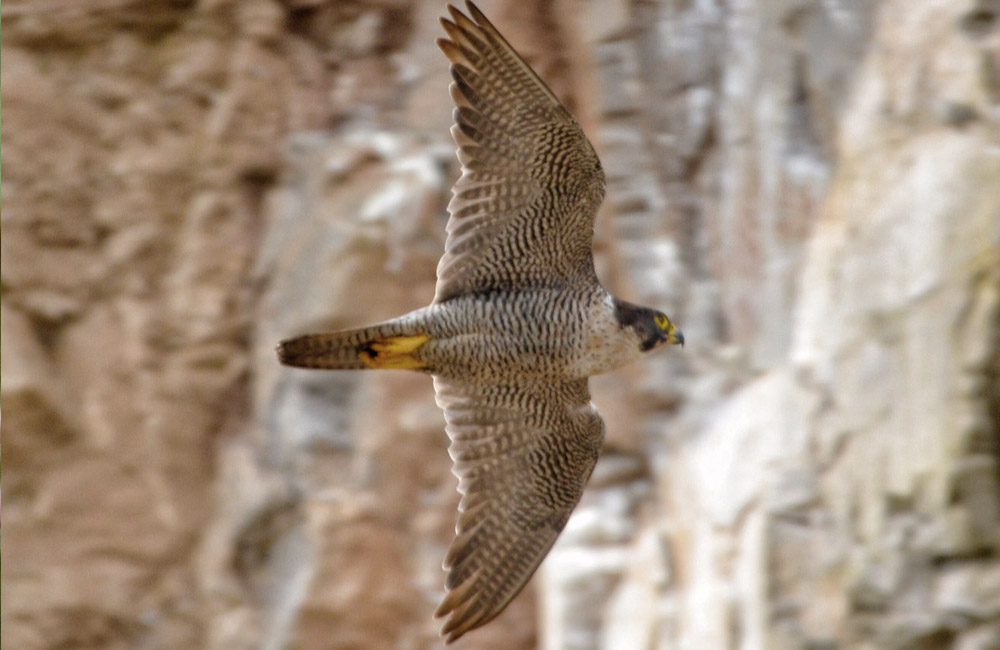 The first Sand Martins ‘Riparia riparia‘ have been seen already at our Pomeroy facility. The good weather at the end of February is probably helping their early arrival. Recent bad weather however may have an adverse effect on these early birds. 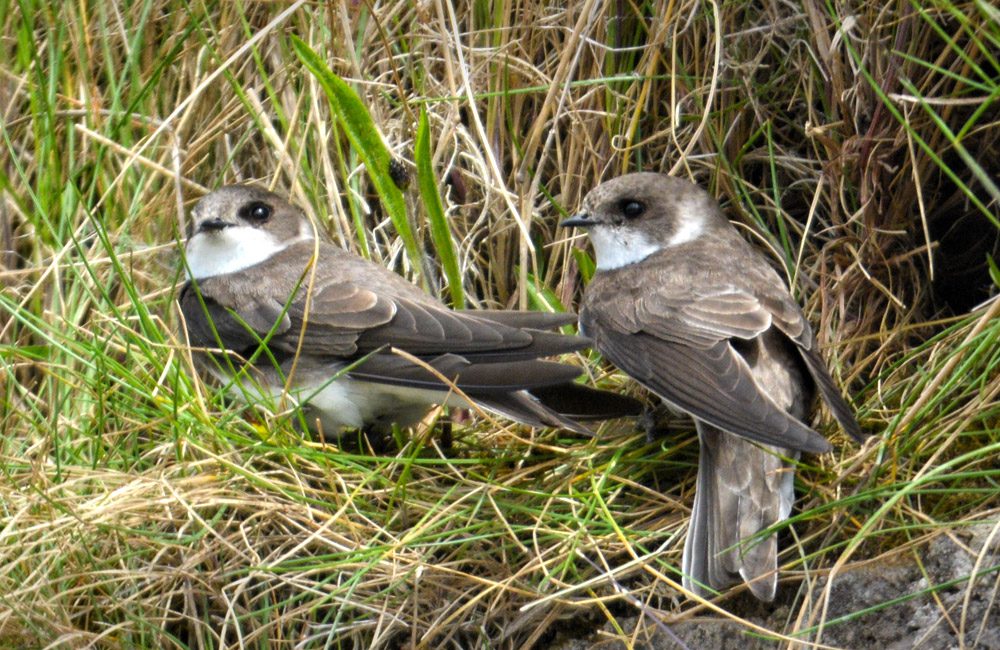 Following our £100k investment in a biodiversity scheme last summer, the RSPB NI has named our Pomeroy site one of the most important colonies for sand martins in the country. Home to 400 nesting pairs, we’ve put measures in place to allow this declining bird species to thrive. 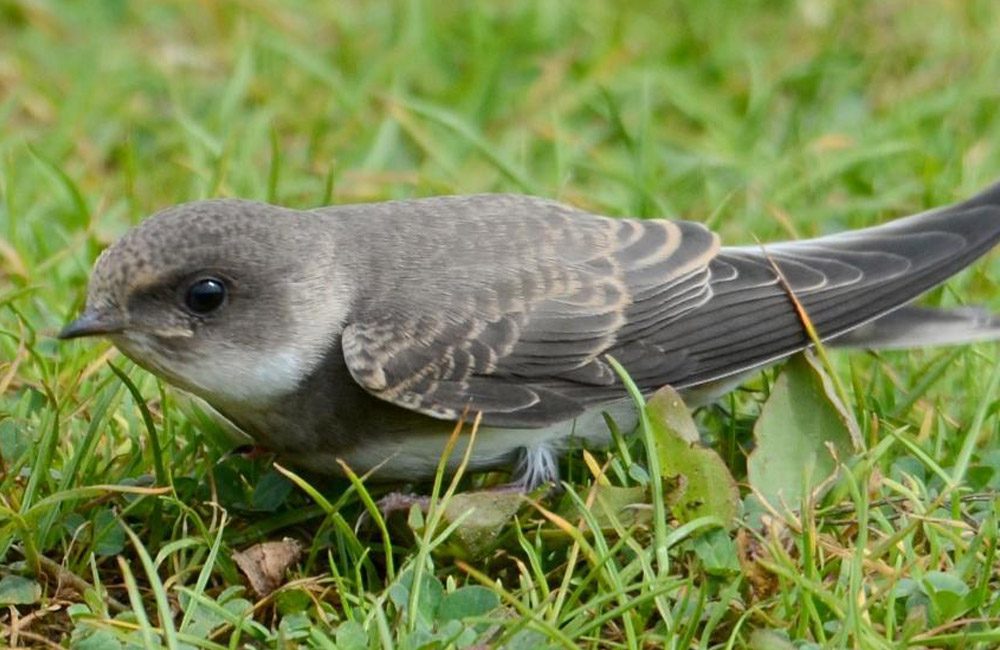 AG’s biodiversity team has named the Bee as its headline species of the year after discovering concentrations of the solitary mining bee. The team, led by conservation manager, Ed O Hara, consulted with the NIEA on their plans to champion this breed, creating micro habitats suitable for these important pollinators to thrive at our Fivemiletown site. 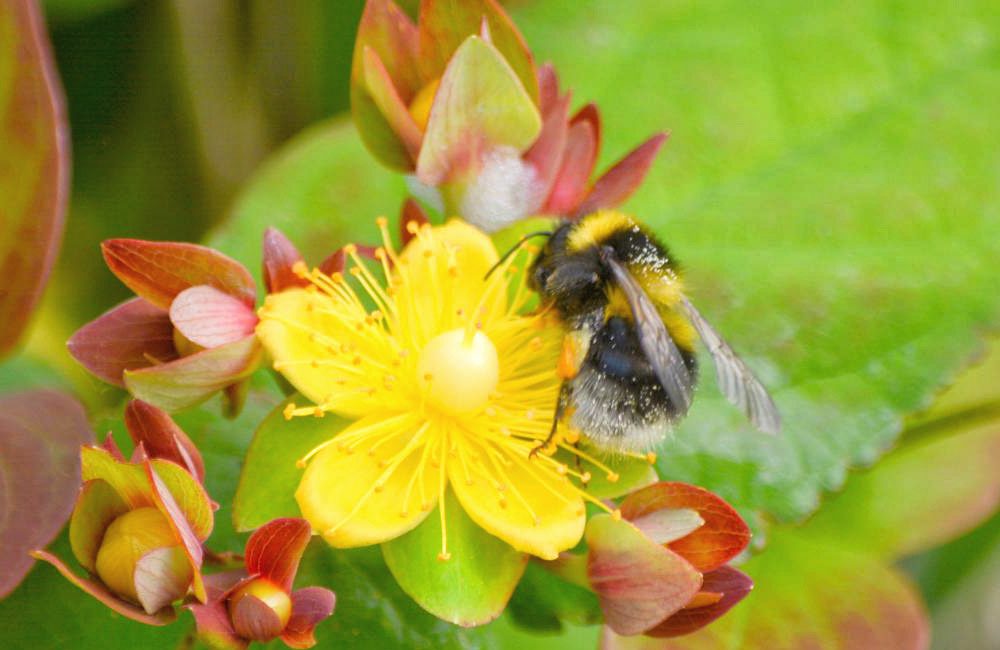 For the first time in recent years, Ravens are nesting in the quarry site. The largest of the crow family, bigger than a Buzzard. This massive all-black bird has a very large and powerful bill, rather flat head, shaggy throat feathers and long wings with pointed ‘fingers’ at the ends.

They nest early in the season laying eggs in the middle of March, one of the earliest breeders in the avian world. Due to their size, they have no fear of their neighbours the Peregrines as opposed to their smaller relatives the Jackdaws corvus monedula which are one of the prey items of the Falcons. Stephen and his team are aware of the nest and has curtailed work nearby until the end of the breeding season. 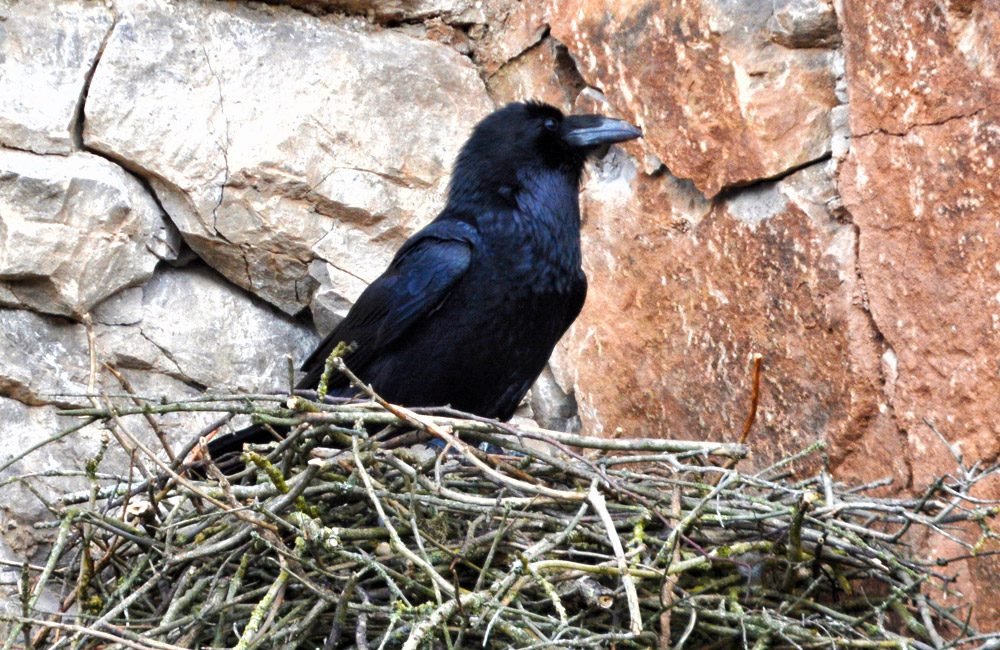 Once again, this large and powerful falcon has returned to the protected zone of the Crievehill Quarry site.

The adult has blue-grey upperparts and dark blue wings and head, and long broad-based bluntly pointed wings. It has a conspicuous black ‘moustache’contrasting with the white face, giving it a hooded look.

Our Quarry Manager, Stephen Breen has noticed the birds almost daily now since the middle of March and has observed them spending a lot of time around the cliff face that has been used for the past number of years. The population of this iconic species, long a symbol of the conservation movement, has steadily increased over the past decades due to strict control of their nest sites.

AG Group are proud to say, the company has been part of this programme for over 20 years since the birds first appeared in the quarry. We have ensured that all the quarry employees aware of the nest site area and will ensure little or no disturbance in the vicinity until the end of the breeding season. 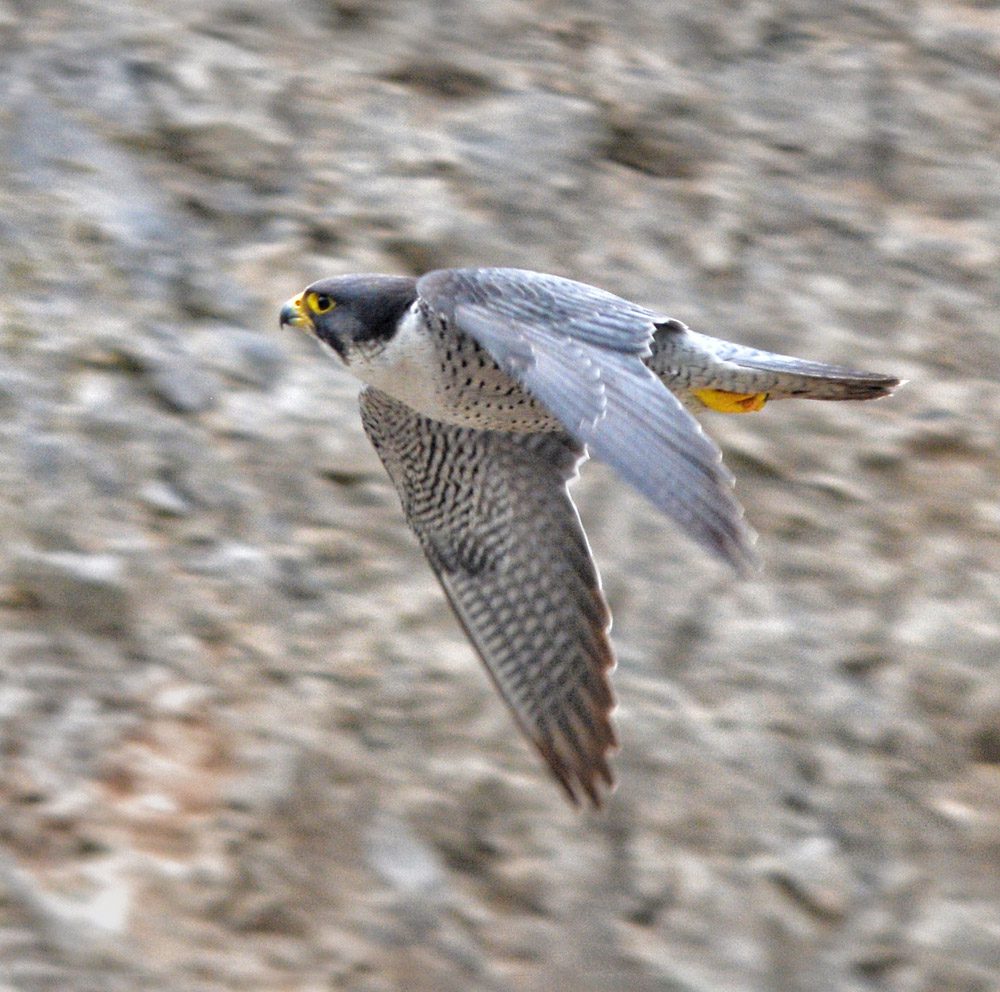 Found only in Ireland, the Irish hare is a subspecies of the mountain hare. Once widespread and common, the species is believed to have declined significantly since the 1970’s. A small population has existed for several years at AG’s Ballygawley site – with up to a max of nine animals – seen in Springtime by AG’s employees. The company has taken all steps feasible to protect them, including ensuring drivers of company vehicles are aware of their presence.

Hares are much larger than rabbits and have long back legs with very big feet. Females are slightly bigger than males and can weigh up to 4kg.

With the decline in this species, it is refreshing to see this population of Hares thrive in an industrial landscape. In 2017 we hope to set-up several small ‘green oasis ‘ areas in that fringe the Ballygawley plant as part of our continuing environmental commitment. 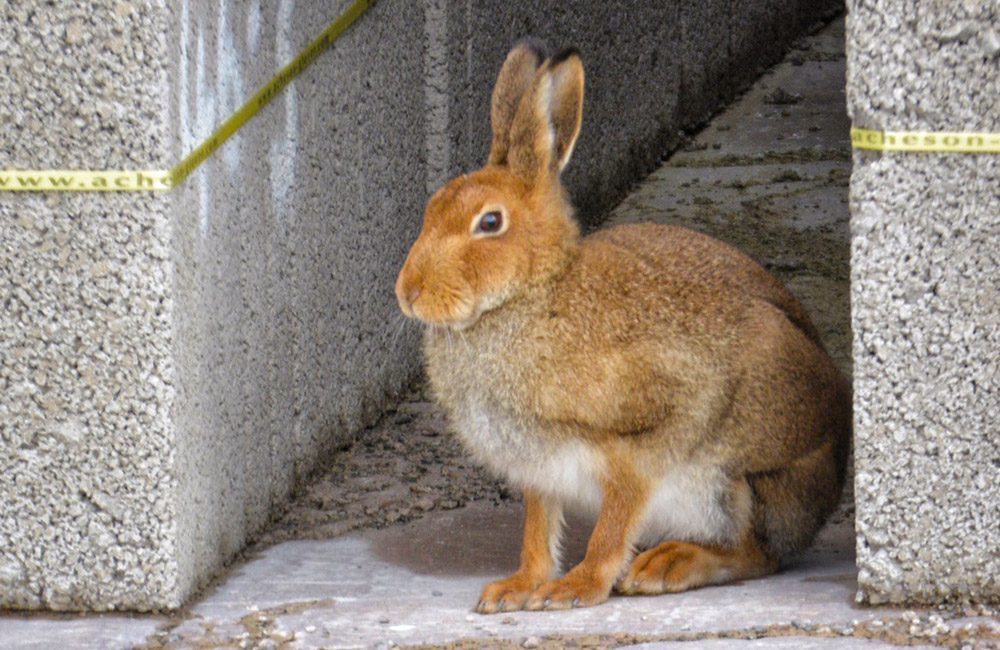 As part of our duty to biodiversity, AG joined forces with a local rivers conservation group, Ballinderry River Enhancement Association, in a bid to conserve native White-clawed Crayfish disappearing from the Ballinderry River and Lough Neagh Wetlands.

At our Pomeroy sand and gravel site (Evishanoran) we have created an innovative ‘habitat bay’ designed for a unique breeding and reintroduction programme. The lake in the sand pit was chosen because of its naturally alkaline water which provides perfect conditions for Crayfish. 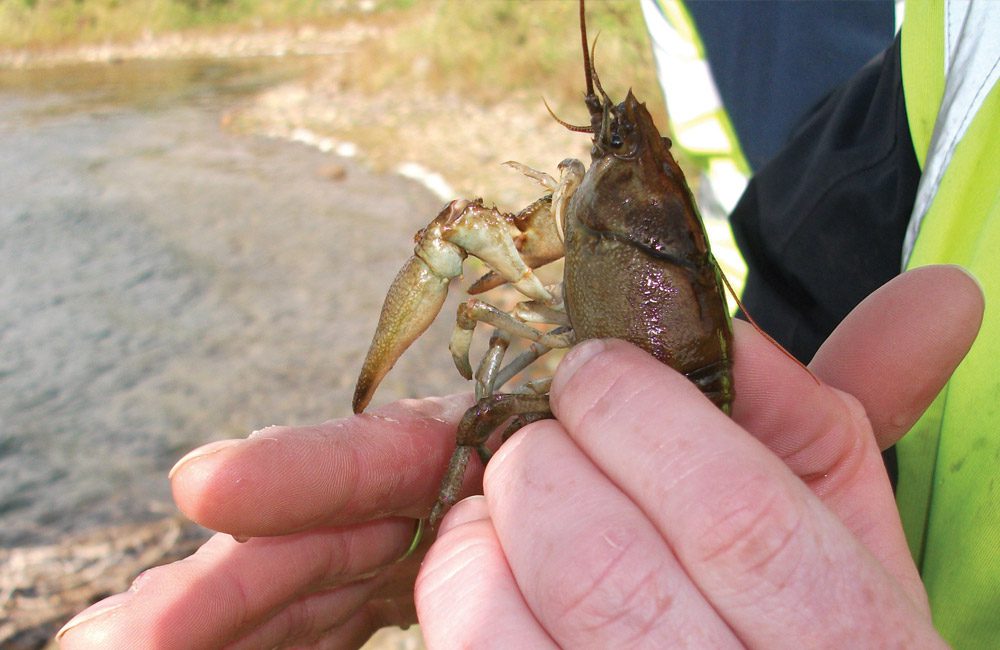