The new campus for Leicester College is part of a massive £44 million accommodation project aimed at providing 21st century learning facilities and set in a fantastic landscaped environment next to the Grand Union canal.

For the extensive grounds, AG’s TerraPave® natural aggregate flags were chosen for pedestrian areas around the main building as well as an inside atrium covering a total area of 1,500m2. A modern and versatile paving solution, the large element range is manufactured from aggregates sourced from around Europe. It provides a low maintenance, cost-effective alternative to natural stone and comes in a variety of colours and finishes.

The secret to the inclusion of the flags in the Leicester scheme is the use of heavy-duty precision plastic spacers to produce not only a high quality surface but also one that is permeable.

In addition, AG also supplied 6,000m2 of its Xflo Rectangular permeable block paving for use in the building’s parking areas. Water passing through all of the paved surfaces runs into a specially designed sub base made from carefully specified voided aggregate. As well as acting as a storage area, the base also filters the water, removing heavy metals and hydrocarbons prior to eventual discharge.

One major issue dictating the design of the Leicester SuDS scheme is that the new building stands on a contaminated brownfield site. To prevent the stored clean water coming into contact with the contaminated ground, a high-density polyethylene liner was used to create a self-contained underground reservoir from which the water is then gradually released into the adjacent Grand Union Canal basin.

Given its environmental implications, the scheme required approval from the local authority planning department, the Environment Agency and British Waterways to ensure that the flow rate and the water quality were appropriate for discharge into a water course.

Andrew Price of landscape architects, Leeds-based Whitelaw Turkington who specified the paving says he believed this is the first time that large element paving has been used in a SuDS scheme. 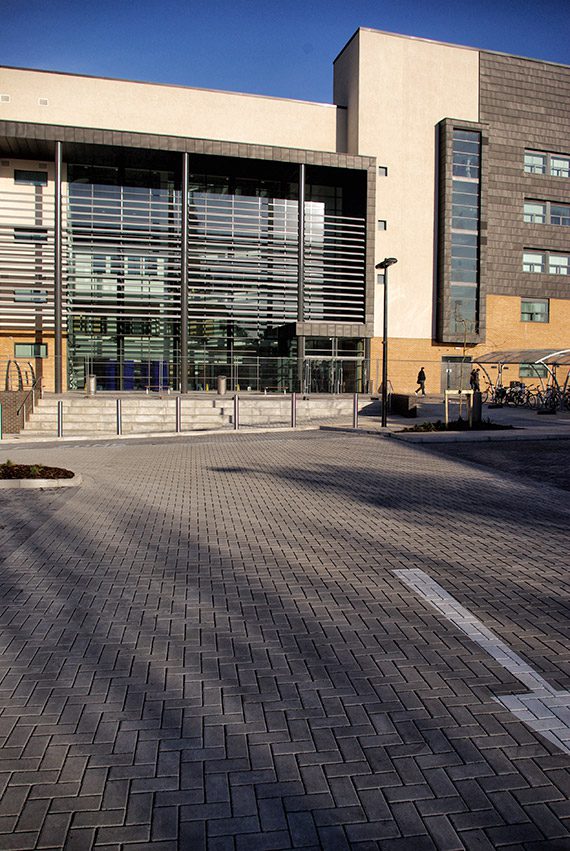 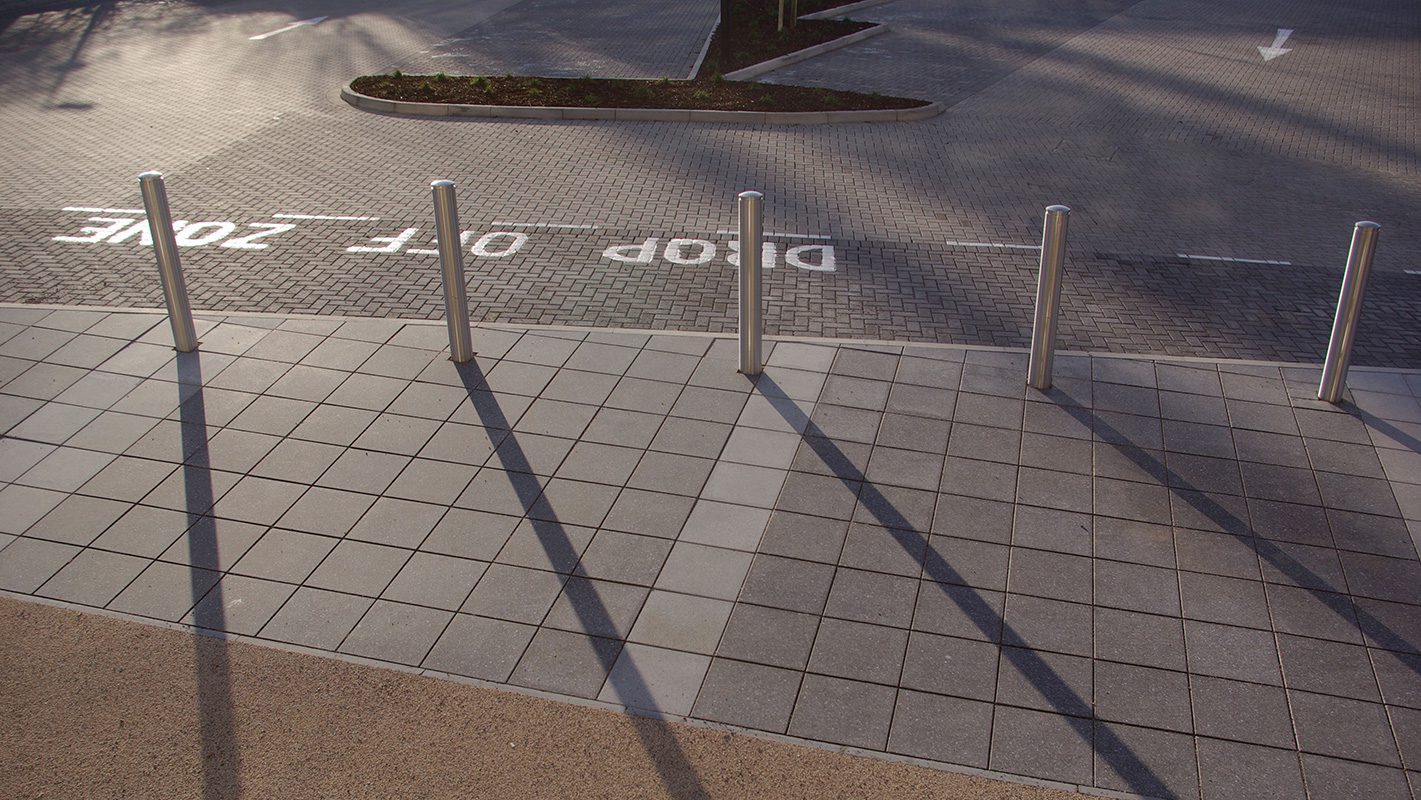 “Permeable paving offers major environmental benefits. But while it is becoming increasingly popular, the choice of products that combine form and function is limited. By selecting AG's TerraPave® natural aggregate flags we have achieved the best of both worlds - a product that looks great and that also performs to the highest levels in a SuDS scheme. Aesthetically, it is a beautiful product so that means that you don't have to compromise on the final finish of permeable paving schemes requiring a high quality appearance.” 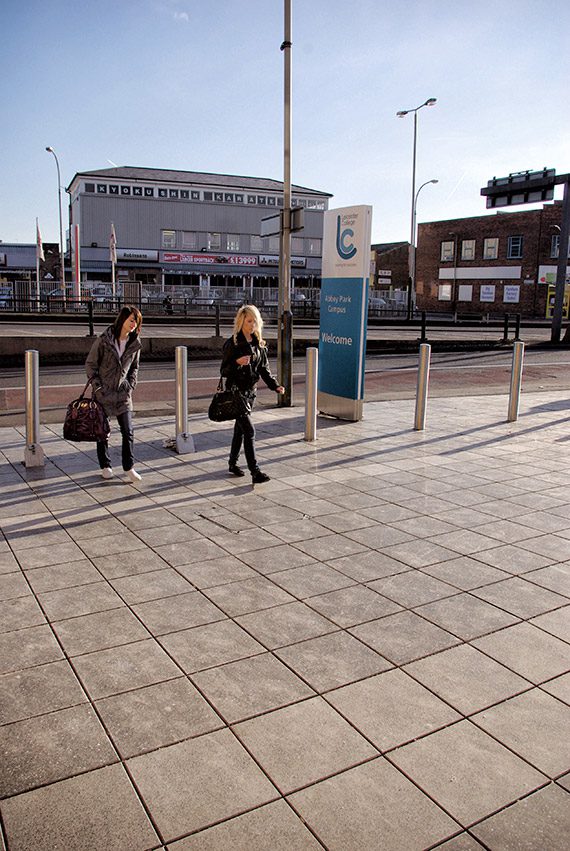 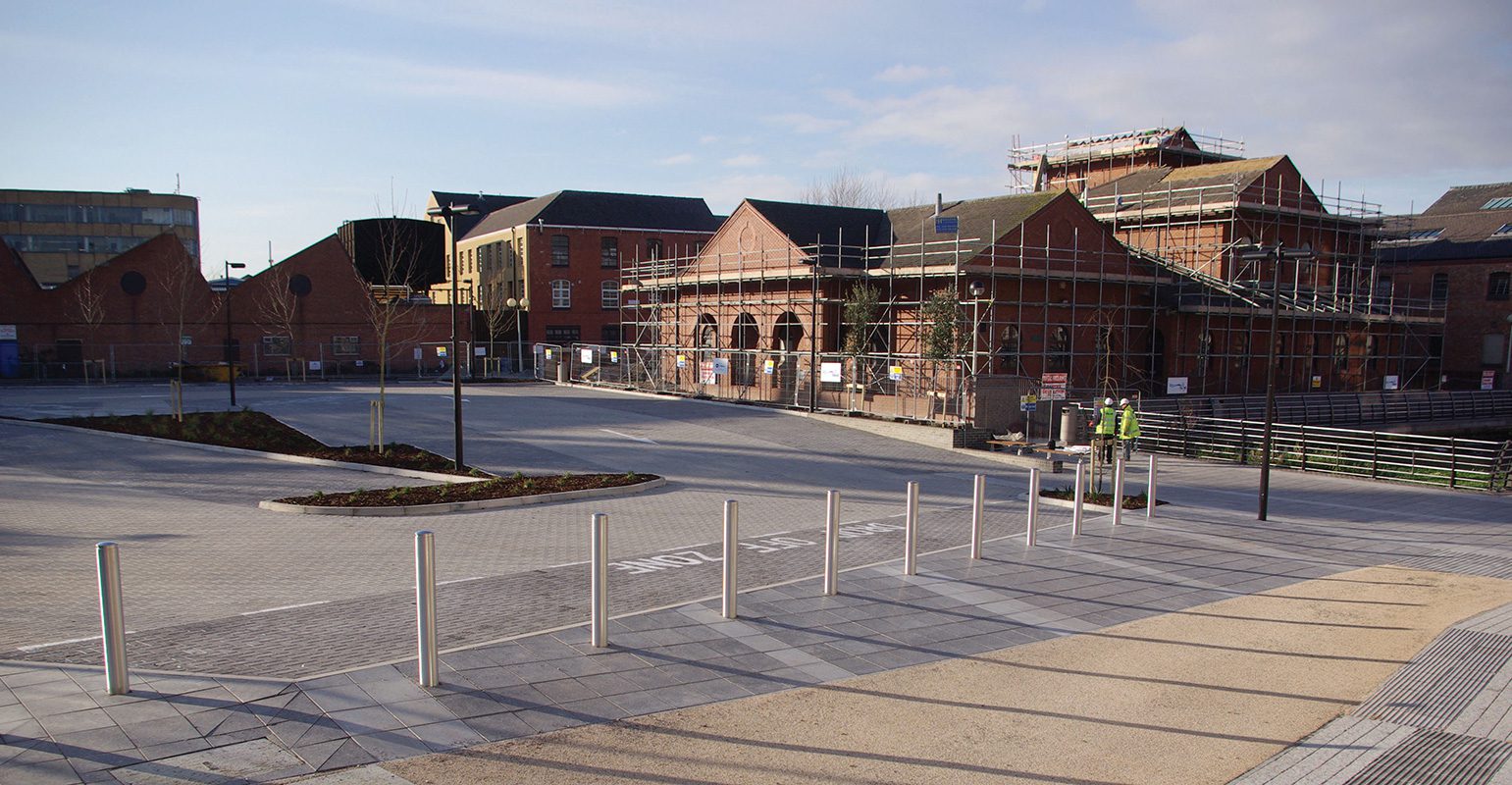 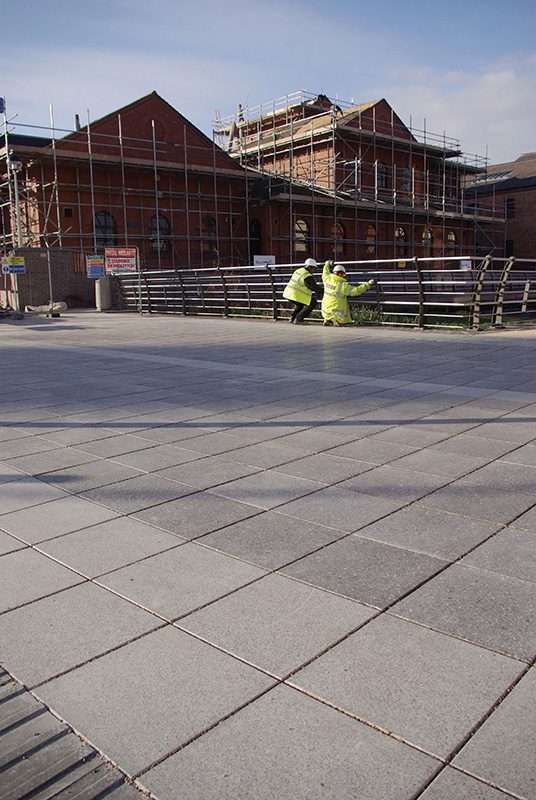 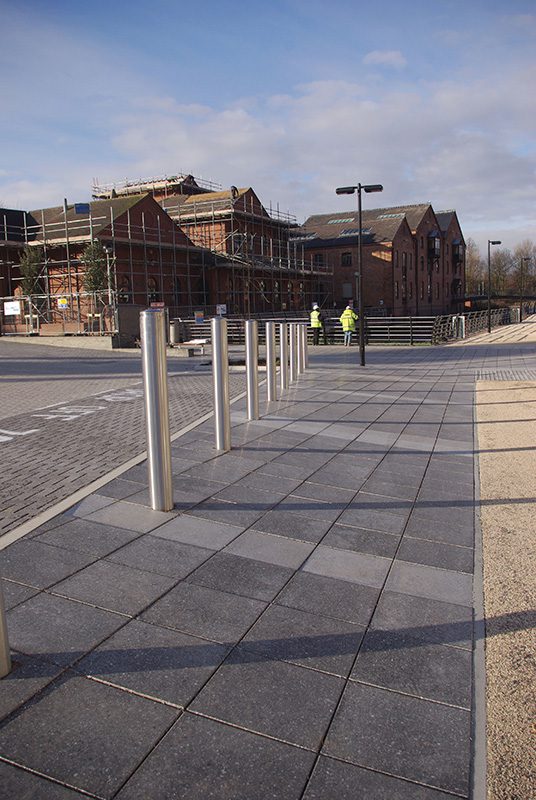 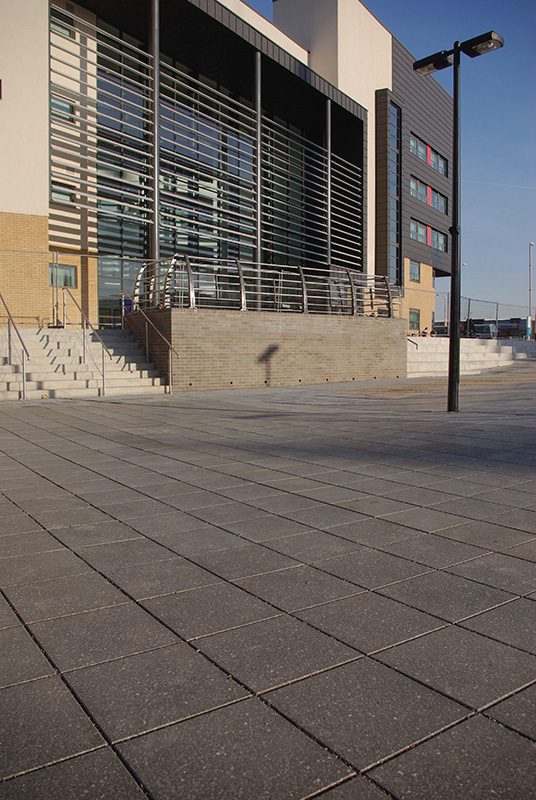 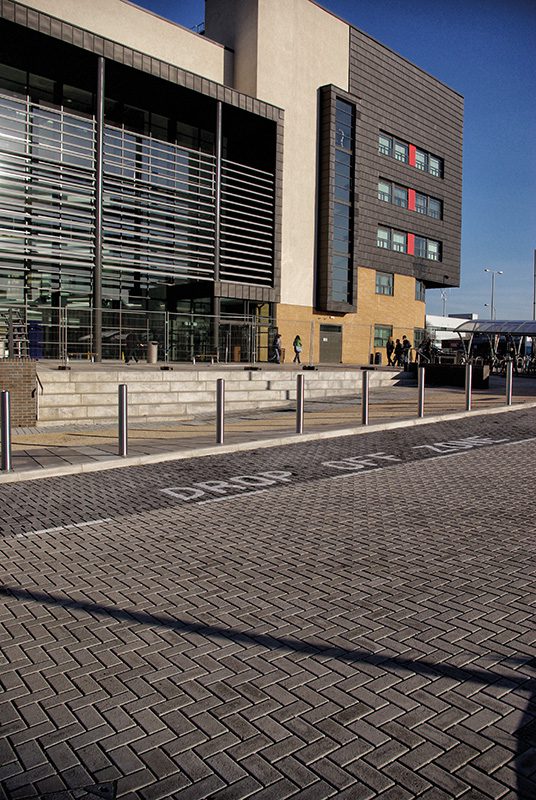