This is a design and build PFI / PPP scheme and is one of the most modern, well equipped education establishments in Northern Ireland.

AG’s Oakland facing brick have been used extensively on the curved interior walls. Brick dimensions being very consistant make them an ideal choice to form the radial walls with a virtually maintenance free, hard wearing finish.

The choice of colour – Oakland’s Country Cream – has also contributed to the overall success of the project.

The building is split into common facilities, an academic wing and an industrial wing – which have been successfully married together – while providing a concourse which is an uplifting space and a natural meeting and mixing area.

AG’s premium quality TerraPave® natural aggregate flags were used internally, while Country Cobble® paving was used around the exterior of the College, along with Anchor® Bayfield® walling. 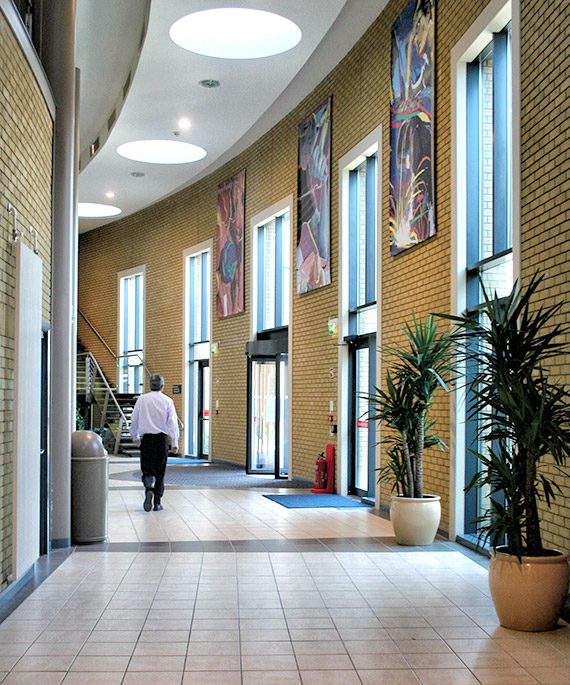